The name “Truth Is Vegan” came from the firm realisation that: “Anyone who sincerely seeks Truth will inevitably come to the conclusion that there’s a need for Justice. The only way to achieve justice is through veganism.”

By profession, Dr Harsha Atmakuri used to work as a Medical Writer. However, he left his job back in May 2018 to become a full-time independent Animal Rights Activist to fight ‘oppression’ done to the most innocent victims in the world – Animals – by humans. He raises awareness about the violence that we all humans inflict to other sentient beings around us as part of our Social Conditioning through our lifestyle, primarily through our dietary habits.

He does various forms of awareness campaigns on Veganism and Animal Rights like – public outreaches, lectures in colleges and institutions, produce/direct/edit short documentaries and videos, design digital posters, write articles, conduct interviews, etc. He is also a bird feeder and occasionally participates in animal rescues as well.

He also founded and runs the page VEGANS OF INDIA, a photoblog and a read series – stories of vegans living/travelling in India.

My website www.truthisvegan.com is supported by the web hosting service provider Webdoors.IN. Webdoors.IN is a decentralized web-service provider virtually available everywhere in the world, through the cloud. It provides services like website designing, cloud hosting and digital marketing at everyone’s palm, across the globe, free from borders.

It was founded by my dear friend Satyarth Srivastava – a young, kind and compassionate animal lover from Lucknow. By the self-realisation of – animal cruelty that is happening in India, he not only understands the message of veganism but also accepts its importance and the need for it to spread across the globe.

Thus, he wishes to support vegans and animals in his way – i.e. by providing web services at a highly discounted price (including this website) as compared to the competitors. If you are a vegan entrepreneur or an activist or runs an organisation and is looking for a web developer, designer and host, I recommend to contact and discuss the opportunities and benefits you may get from Webdoors.IN

Quoting his words: “All the net profits that are generated will be used for feeding street animals. Purchasing service can feed a street cow for a year.” You can reach out to Satyarth here. 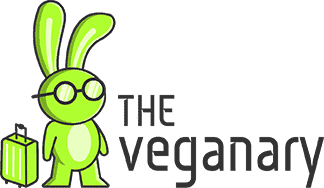